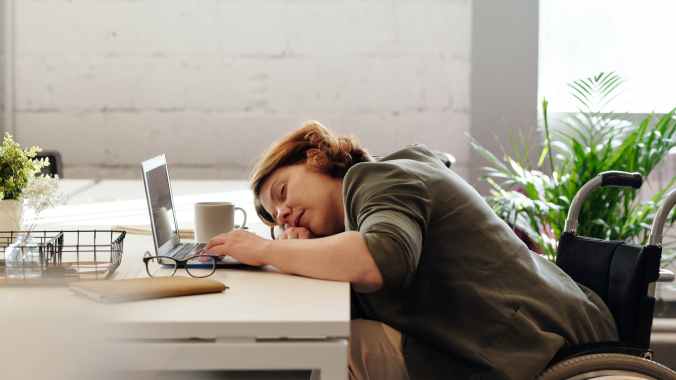 The new table and comfy chair completed the latest set-up for work from home.  Akash was excited and clicked pictures of his new workplace while his wife waited, seeking his help to set up her own office too.  The 1 bhk house carefully divided in two workstations resembled competing kiosks in a mall, except the owners here still eat their dinners together.

Not wanting to earn the wrath of his wife, Akash forced interrupted his admiration all the while aware of the expectation of doing a better job with Kirti’s workplace.   He worked diligently following every direction Kirti threw at him and after three grueling hours was able to put it in order.  However, just like every boss, Kirti although commented how beautiful, it looked like, was not able to support what she said with the appropriate body language suggesting something is still missing; putting a flower vase along with the photograph of the family though immediately brought a satisfied look on her face.  I could have never thought of it, Akash commented, and knew the entire credit for this set-up will now go to her, just like what every boss does to us.  You did an amazing job, I just put the vase and the photograph honey, rest everything was done by you, she said humbly, although the tone suggested the importance of that act and its significance in bringing the right balance in the aesthetics of the place.

The house now turned in an office had all the responsibilities of both, a house and an office, but lacked any conveniences associated with them.  Coffee cup needed to be put back in the sink yourself and tea or coffee cannot be demanded at odd hours.  Browsing social media was under strict monitoring and any deviation would lead to sarcastic remarks, not a usual occurring in office, no matter how long you continue to use it while pretending to work.

Multi-tasking, which in office would imply having a chitchat with someone while trying to meet the deadline, had a different connotation working from home.  It could mean anything from peeling vegetables to preparing chapattis and even washing dishes during a concall.

The only time you are saved from these critical tasks is when you are on a video call with your team and your boss.  If you are the boss in the call, you are expected to drop anytime to tend to an emergency as defined and laid down by the current boss sitting in the same room as you. This can range from the most time consuming – not letting milk to over-flow while boiling to chopping for ginger garlic paste.

If you try to act smart by arranging video calls at odd hours, the chances of sustaining it for too long are few and far between and when you have to spend such a considerable time at home, it is better to develop stronger interpersonal relationship with your new office buddy to avoid getting flogged every now and then.

With lockdown extending for a longer period and most offices preferring their employees to work from home, we might see a new social structure develop which like evolution will ensure survival of the most adaptable.  This would mean everyone has to be on a continuous learning curve no matter how difficult the task is.  Continuous and mindless repetition will ensure we survive for a longer period without suffering the ignominy of sarcasm and comparison with other husbands who are better at it.

Lot of people are also suggesting creating whatsapp group for such husbands where they vent out their frustration and also learn from each other to manage their own crisis better.  Necessity is the mother of invention and group wisdom, especially for tasks like these is generally preferred over individual intelligence that can help people to get together and handle this in a better way.

‘You have been taking far too many unnecessary breaks, today I counted and realized were missing for 20 bathroom breaks, 4 tea breaks and 1 big lunch break, I seriously don’t know, how do you work in an office, isn’t your boss tired of your incompetence’, Kirti remarked.

Akash, however still looked happy and satisfied, he was finally getting the same treatment he was used to at his office.  He was beginning to feel at office now!