Ever since Liverpool became PL Champions three days back, there is a feeling of Déjà vu, after having anticipated it in my mind multiple times since the start of the season when we were rolling every opponent crossing our paths.

I was not aware of the Chelsea-Man City match result till morning as I was sleeping at that time, (due to time difference as I stay in India) and when I picked up my phone in the morning, a notification was staring at my face.

Chelsea defeated the mighty Cityzens catapulting us to the position of being League Champions.  I regretted not watching the match.  However, the feeling just could not just sink in and I went about my day.

A lot of times we feel happy without knowing why and this was the day for me.  Every activity suddenly became interesting and there was subtle contentment inside, it was like one of the best days for me after a long time.

Amidst all this chaos of Covid and being stuck in a house, the news struck me like a breath of fresh air and it prolonged as I was still peppering my senses with an anticipation of watching the match highlights to witness first hand, the fall of the enormous City off the perch.

Last season was like a touch and go.  We played incredibly well throughout and the cup was ours till at least Christmas, however hitting the rough patch after the break resulted in a spree of drawn matches which took the cup away us after reduced deficit first between us and the City and ultimately handing over of the lead to them.

The fact that we lost just one match the entire last season, proved how well we were placed defensively and with the attacking triumvirate of Salah, Mane and Firmino, we were making sweeping inroads in the opposition defense ably supported by TAA, Robertson, Hendo and Gini.  I also was impressed with the way Fabinho helped the defensive midfield opening floodgates for TAA and Robertson to play deeper inside the opposition territory.

It will be an injustice if we don’t mention Virgil Van Dijk and Alisson while discussing Liverpool’s performance.  The two stalwarts at the back, created a wall which became impenetrable as the season progressed.

There were others too including Origi, pivotal in ensuring we breach the Barcelona defense to secure a result not many expected.  Shaqiri too played his part but was mostly in the fringes.

Last season’s winner getting decided on the ultimate day was a testament to the intense competition that City and Pool were engaged in.

Though, we could not win the league, we were still the European Champions, a title City would be willing to swap with us anytime and something we last won 14 years back in Istanbul, when the charismatic Gerrard was still wearing the Reds shirt.

The costly slip-up of Gerrard in April 2014 that led to the loss of league title during the Chelsea match, was compensated by them to some extent, as they ensured we become the winner with 7 matches still left to play.

The Guard of Honor awaits Liverpool when they visit their fiercest rivals in the coming week. 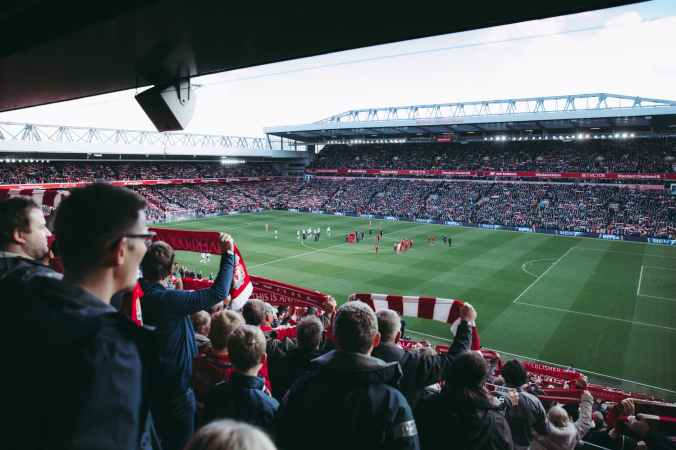 The season began with a bang for us as we bulldozed all our opponents this season at least in the league, though we could not replicate a similar performance in the Champions league.

I still feel we should have won the return leg against Atletico.  It was within our grasp but ultimately slipped off without us even realizing when we lost it.  The compact defense of Atletico led by Oblak ensured we only remain alive in the League having been eased out of FA and EFL cup earlier.

EFL cup majorly because of some funny scheduling by the concerned authorities pitting us against Aston Villa on the same day as we play for ICC.

But this win coming after a long wait of 30 years need savoring. Although, the victory has come at a time, when the entire world is staring at a mass pandemic, hell bent on ridding the world of its sanity, the win will remain etched in everyone’s heart and mind because of this delicate situation that everyone finds themselves in.

I would have loved to celebrate it in a different way, but getting an opportunity to write about it and feeling a calm serenity more than made up for any physical celebration.

Cheers to every Liverpool fan and kudos to the boys and the Coach.  We became the first champions of the decade; hope we continue to win even more titles both League as well as European.

One thought on “The Ecstasy of Being League Champions – Liverpool – YNWA”